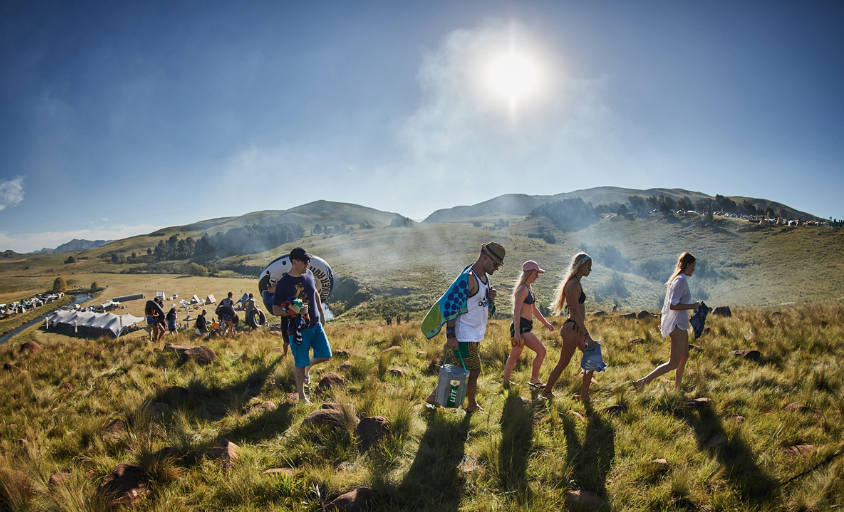 As South African’s longest running festival, Splashy Fen is taking cues from Glastonbury, the UK’s longest running festival, towards a fully sustainable event that is aligned with a strategic environmental management plan. Earlier this month, Glastonbury announced a 2 year process to eliminate single use plastic, and Splashy Fen is following suit.

In 2019, Splashy Fen will get the environmental ball rolling with the following:

– All food vendors will serve their meal portions in or on biodegradable packaging with biodegradable cups and cutlery. No polystyrene will be allowed.

– Sold water will all be packaged in biodegradable plant-generated water bottles.

– Corona will be running a “no single-use plastic pledge” at the Corona River Stage which festival goers will be encouraged to engage with.

– The 2019 Splashy Fen cleaning crew, along with an external recycling company headed up by local and passionate recycling guru Kevin Macdonagh, will be sorting all waste and recycling accordingly.

– Drinks ordered from the Splashy Fen Main Bar will come in a top quality biodegradable cup that customers will need to purchase, for a nominal fee. The idea being that these cups can be re-used when ordering drinks. This act alone is estimated to decrease the amount of single-use plastic produced at the festival by around 2 000 kg.

“As the Splashy Fen community, this is a small starting point for everyone who attends and loves Splashy Fen, through which we can collectively make our mark in a greener world” says Festival Director, Stu Berry.

For more information of the 30th edition of Splashy Fen, visit the Splashy Fen website, complete with all the important bits and bobs on how to book tickets, what to pack, where to camp, who to watch and more.

South Africa’s longest running music festival will take place over the traditional Easter weekend from Thursday the 18th of April to Monday the 22nd of April 2019.

Tickets are limited to 8 000 and selling out fast with just over 1000 remaining – visit www.splashyfen.co.za.

If there was ever a moment to be a part of the Splashy Fen movement, now is the time.

Happy Valentine’s, to Me