The Umhlanga Magazine
The Umhlanga Magazine
If you haven’t heard about the guys from the Hitched Series – you’ve probably been living under a rock. Take three avid travellers, Luke Macdonald, Jordan Deall and Donovan Orr, along with a camera and a very limited budget; mix that with their love for travel, hitchhiking and comedy, and set out on an epic journey from Durban to Los Angeles to meet Ellen DeGeneres. They allowed us to follow their journey and live vicariously... 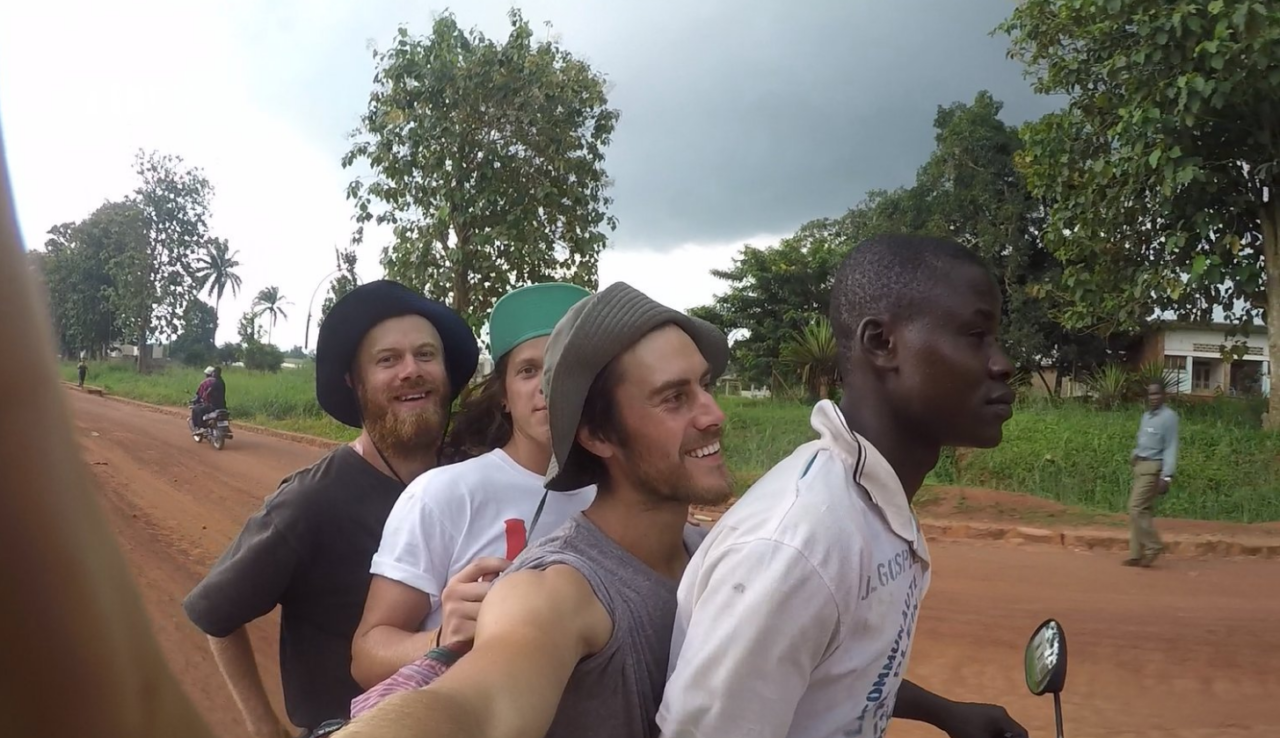 If you haven’t heard about the guys from the Hitched Series – you’ve probably been living under a rock. Take three avid travellers, Luke Macdonald, Jordan Deall and Donovan Orr, along with a camera and a very limited budget; mix that with their love for travel, hitchhiking and comedy, and set out on an epic journey from Durban to Los Angeles to meet Ellen DeGeneres. They allowed us to follow their journey and live vicariously with them through their posts on social media. Sounds crazy, right? Totally – but I religiously followed them every step of the way.

It’s certainly not every day that you get to hitchhike across the world and land up meeting the world’s most famous talk show host, Ellen DeGeneres. So, it was a no-brainer whether I should sit down with Luke, 1/3 of the hilarious Hitched Series trio, for a coffee to discuss their whirlwind, rollercoaster trek across the globe.

The hitchhiking bug bit hard when two cousins, Jordan and Luke, went on their first post-university gap-year hitchhiking journey from Cape to Cairo a few years ago. Luke explained that the two of them had a mere R5000 each for the trip, and managed to live off only R50 per day for three months, which included travel, food and accommodation. It was then that they realised that travelling on a very limited budget was incredible challenging, but doable! 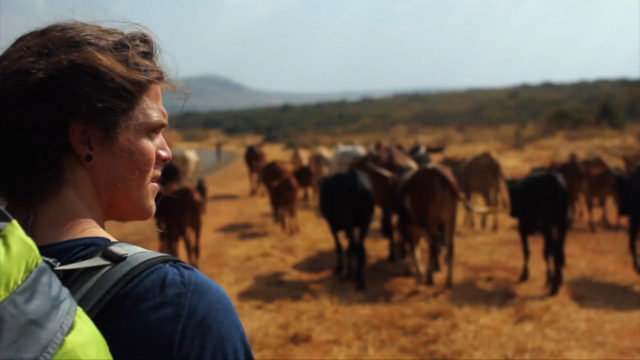 A few years later, the cousins were sitting on the balcony of Luke’s parents’ home, and were discussing their wild, mutual childhood fantasy of finding the Mokele-Mbembe (a mythical, water-dwelling creature deep in the Congolese swamps). Dave, a local filmmaker, who was renting a room at Luke’s parents’ house at the time, had overheard (through the floorboards) the cousins discussing their travel plans to the Congo. To Dave, this sounded like a great concept and opportunity to assist in the funding and help shoot a low-cost documentary with a great storyline. While he couldn’t join the cousins on their journey to find Mokele-Mbembe, he introduced his filmmaking friend, Don Orr, to Luke and Jordan, and, weirdly enough, did not hesitate at the idea of hitchhiking across the continent with two total strangers and shooting for them.

After three months of gruelling and tumultuous hitchhiking from South Africa through dangerous rebel territories, losing their bag filled with important supplies overboard, crossing the DRC and, fortunately, coming out completely unscathed, they finally found themselves deep in the local villages of the Akker people in Congo to set out to find Mokele-Mbembe. 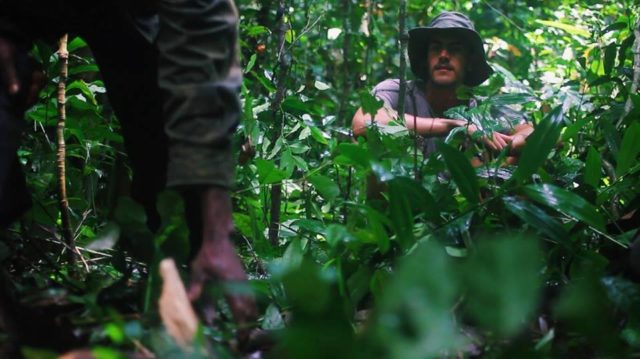 “What I loved about this trip is that we got to see a totally different side of Africa. Throughout our entire trip, the locals were incredibly welcoming and were very keen to help us. While a few of them thought we were totally crazy seeking a creature that was known to be dangerous or who some didn’t believe to exist, others were more than accommodating and helped us wherever they could; even despite the language and culture barrier, they pointed us in the directions of where we could possibly find Mokele-Mbembe”, explains Luke between sips of his cappuccino.

“There were times when we wished the days would just end, and there were times when we felt like we wanted to give up. The most challenging part of that entire trip was when Jordan got malaria. Looking back, it could have ended so badly, but after some medical care, Jordan fully recovered and we were back on our journey. While we didn’t find Mokele-Mbembe, it was the most humbling and incredible experience to learn about the local life and their culture, and getting to experience a whole new side of Africa we hadn’t yet had the pleasure of experiencing”, he further explains. 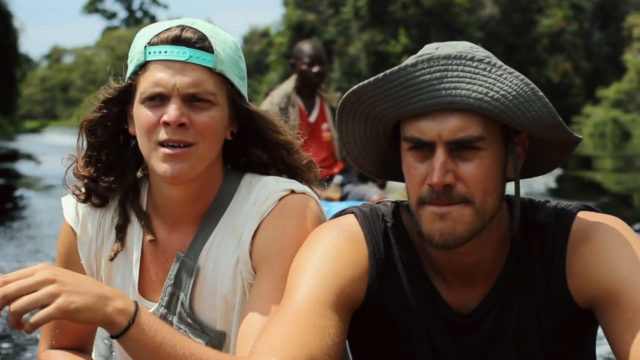 Fast forward to a few months later, the trio signed contracts with Discovery and Showmax, who broadcasted season one of Hitched Series about their trip to Congo. It was back to the map to plan out the season two journey. The hitchhikers decided to make way to the United States, and wanted to set out to meet someone influential. So, they reached out to social media and it was up to us to vote on who or what they should set out to find! Between Kim Kardashian, Elijah Woods (Frodo Baggins), Morgan Freeman and, of course, Ellen DeGeneres, the vote was unanimous – Ellen it was!

With their bags packed, route planned and thumbs up, the guys trekked down the coast to Cape Town to begin their journey. After their original plan of hopping on a boat in Cape Town and setting sail for Brazil to take the South American route to land up in Los Angeles had promptly failed (after missing that planned boat), they were forced to reroute and decided to go with what they knew: Africa – which ended up adding on at least another three months to their journey – by taking the longer, but beautifully scenic path. 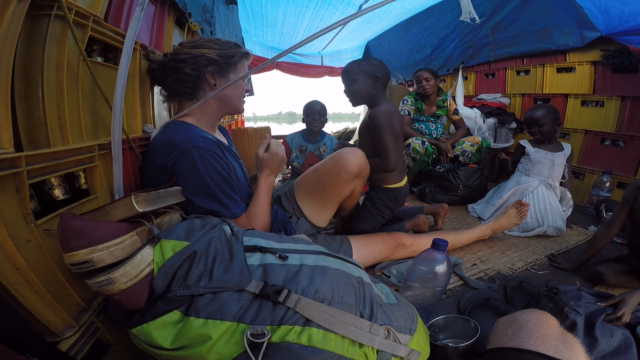 After nine months, 14 countries, over 200 lifts, failed plans, strategising, a surprise engagement (Jordan bent the knee to his now, beautiful wife Emma in the Georgian mountains), sleeping in train stations, running out of money and having to sell equipment along the way to fund their travels, they finally landed up on the edge of Russia! The trio found themselves at a complete crossroads. They, again, had missed the only boat that was going to the United States, and with little-to-no money, were stumped and almost ready to throw in the towel and head back home. It wasn’t until Lloyd – the first person that had given the boys a lift to Cape Town – who had shown much interest in their journey and had donated a large sum of money to help fund their travels, called the guys up while they were in Russia and offered to fly the three exhausted and hopeless South African’s across to Los Angeles.

They had finally made it to the golden shores of California. After being promptly turned away by the security at Warner Brothers, they turned to their overwhelming supportive local audience back in South Africa. Along with their trending hashtag #heyellen, the boys requested for their followers to do everything they could to grab the attention of someone, just anyone, who had a connection to the The Ellen DeGeneres Show. Along with the help of their following and a local business, Sunlife, who were monumental in assisting the Hitched boys get the word out that they were so close to meeting Ellen, they finally did! A producer from The Ellen DeGeneres Show reached out to them and invited them to a live taping of an episode of the show. They had made it to Ellen! During an ad break, the guys were fortunate enough to meet Ellen and briefly speak to her about their insane journey and how they landed up in her audience. “Jords said that Ellen wears Calvin Klein,” Luke reminisced. “She was slightly puzzled as to why we had been hitchhiking to meet her. Little did she know, we had our series that we wanted to share with her. Once we have finished editing the pilot of season two, the producers have agreed to give it a watch, so we’ll see what happens after that!” explains Luke, optimistically.

These guys have done the unthinkable: surviving months of hitching across some of the most remote countries in the world on very little money. Even when all the odds were against them, and they wanted to give up, they accomplished exactly what they set out to do: find Ellen! They are currently planning to re-launch season one and are also in the process of launching the much-anticipated season two “Finding Ellen”, which will both be available for viewing soon! For now, follow them on Instagram for some real entertainment, and for sneak peaks of season two!

Where will the Hitched trio plan on heading to next…? The River Ganges? The Amazon? To find the Abominable Snowman? Who knows?! Stay tuned!