The Umhlanga Magazine
The Umhlanga Magazine
Have you ever heard an advert on the radio or a call to enter or audition and you think, “I wish I could do that”, but never really action it? Well, when Steve Harvey’s Family Feud call for entries was heard by the Fleming family, they leaped at the opportunity and they shared their story with us.   From what started with, “Let’s entertain Mom”, to being widely known and loved across South Africa, the... 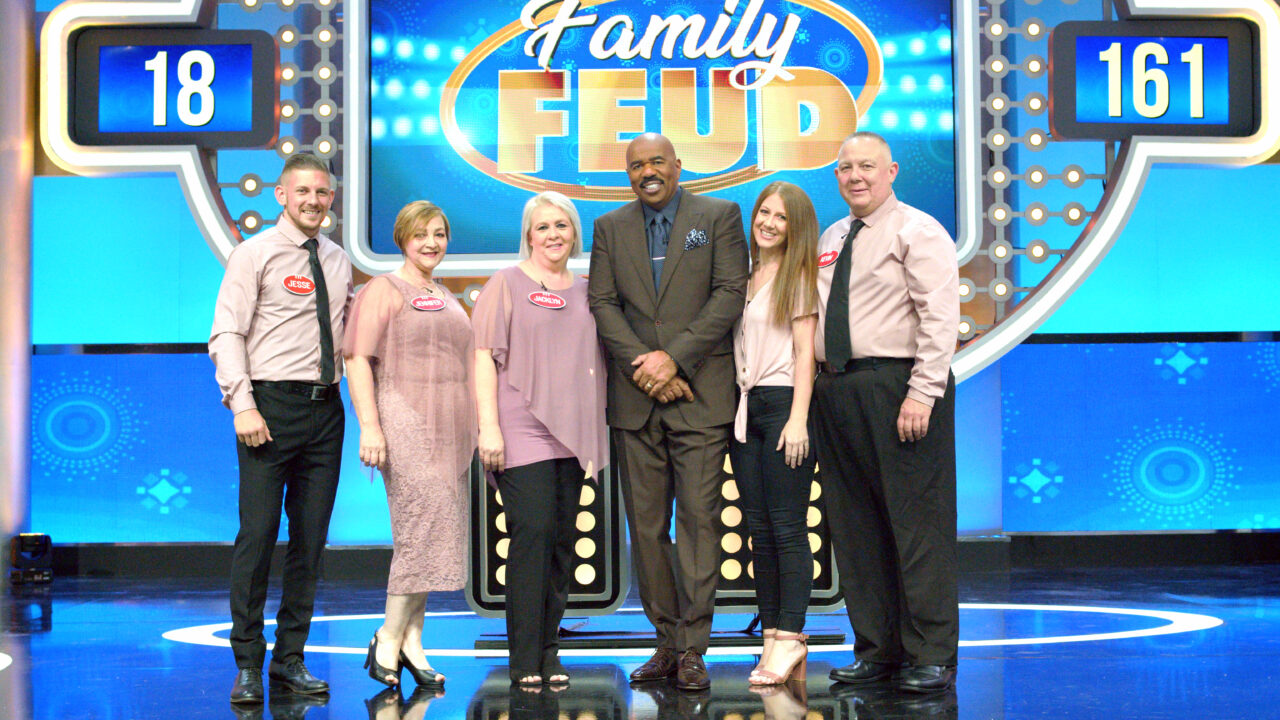 Have you ever heard an advert on the radio or a call to enter or audition and you think, “I wish I could do that”, but never really action it? Well, when Steve Harvey’s Family Feud call for entries was heard by the Fleming family, they leaped at the opportunity and they shared their story with us.

From what started with, “Let’s entertain Mom”, to being widely known and loved across South Africa, the Fleming family explains how team captain Jackie Fleming came home from work and told team members and siblings, Taryn and Jesse Fleming, that she was entering them into Steve Harvey’s Family Feud.

“She was so excited. She had planned it out completely and really, we had no choice. Jesse and I were very much all about just entertaining her idea – just going along with it. She had submitted our entry and we had to do a video submission describing our family, introducing ourselves and just giving them a look into our personalities. We had all agreed that we would do one take, keep it as natural as possible, and if we made a mistake, we would just carry on. We would make it work, and if they didn’t pick us, it was not a big deal,” explains Taryn.

As they went through the process of submitting their entry and getting called back for auditioning, never did they expect the call to say that they had been selected to take part in the South Africa’s Inaugural Family Feud edition hosted by American comedian, businessman and entertainer Steve Harvey. 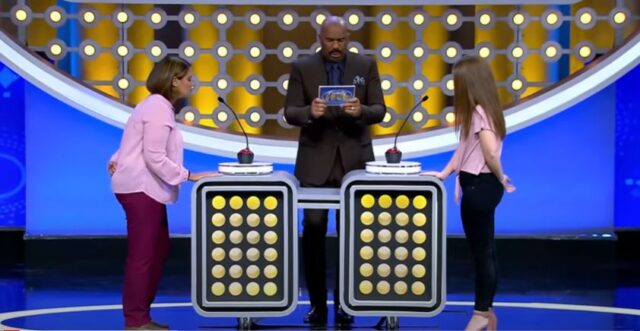 “It was such a rush – the excitement was building up and everything felt so surreal. We were fetched by our chauffeur and taken to our hotel. We were briefed and made to feel like real stars. We were told that we would have to be up and ready by 6 a.m. and we would be fetched and taken to the studio where we would go through the process of getting ready to start filming. We were taken to our room, which was very much like what you see in the movies – a room with “Fleming Family” printed on the door – a couch, blankets, coffee and snacks. It was the start of something amazing.”

Taryn explains that while she was getting dressed and ready, she mentioned to her mom Jackie that she feels like her life is about to change – that Steve would look at her and he would speak words of wisdom and change her life forever. “There was a moment when Mr Harvey looked at me and said that maybe God had put me here for a reason. I was shocked because I had said these exact words to my mom that morning.”

Sharing the room together, the time before heading out to start filming was very rushed. Jesse and Kevin Smith, team member number three, shared banter as they hyped each other up – getting ready to bring their A game. 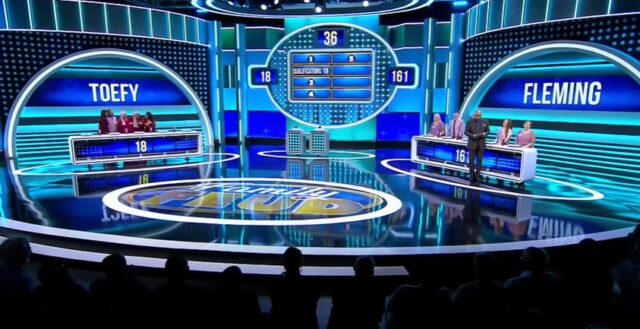 “Answering the questions on the couch at home and actually being under the spotlight and answering them for points is so vastly different. What is worse is that it is not general knowledge – your answers need to be based on what you think other people would think, not quite what you think. Being a professional fighter, answering the question on wrestling was actually tough – everyone has a different idea on what wrestling is,” recalls Jesse Fleming, team member two.

Looking back at some of the funny moments, team captain Jackie and team member five, Jennifer Chapman, recall their shared sibling rivalry on “Who is better looking?”. “Steve knows how to play his words. He really made us laugh at how he handled our everyday teasing, making us feel so comfortable. He has such a great positivity about him and really does make people feel really ‘part of the family’,” explains Jenny.

“I never could have imagined that on entering, we would have been selected. Naturally, we are a really close-knitted family, but this experience bought us even closer. Our cheeks were so sore for the rest of the evening from all the laughing. I am so glad we got to experience this together, and years from now we’ll still have these stories to share with everyone.” 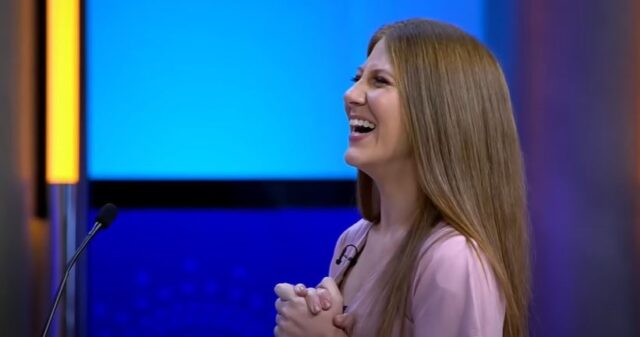 The big question on everyone’s mind watching the show was, “Is Taryn still single?” Steve honed in on Taryn during the episode and much to the delight of all South Africans watching. Her infectious smile consumed our screens. The build up to the ‘kissing scene’ had many of us cringing, sitting at the edge of our couches feeling shy for her.

“When Steve said, “Show us”, my immediate thought was asking myself how I always get myself in these situations,” she laughs. “I could have never imagined that Steve Harvey himself would enjoy my company. His energy, his vibe, his passion is truly unequaled. He is so funny and just completely captivating. There was never a moment that I felt star-struck. He is so himself that you feel like you know him without knowing him at all,” says Taryn.

“As for the big question, I am not single in the sense that I am looking – I am not. I am very happy, and the man of my dreams is very much there – I am just waiting. Everything happens in its own time and I am very content with that,” she ends. After the show aired, Taryn received about 1250 friend requests on Facebook (not just from guys)! She had some amazing people contact her from all over the world, sending messages of support and sharing how much they loved the Fleming family and their episode. “It’s so nice to connect with people from all over the world,” says Taryn. 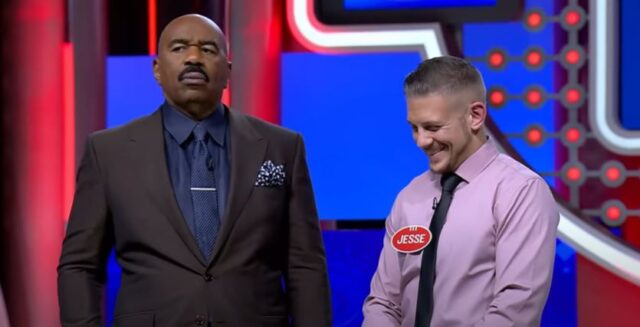 In the midst of all the laughing and clapping, they got to play “Fast Money” – a chance to win the grand prize of R75 000. Starting with Taryn and closing strong with Jesse, they didn’t get the chance to take home the big cash (although they did take home some money), but they were the winning family and are so proud to have been a part of something so life-changing.

“We get to tell our friends we met and ‘hung out’ with Steve Harvey. We get to share our winnings amongst each other but there is no amount of money that can add up to the fun we had,” ends Jackie.

The Future of Orthodontics: The Cosmetic and Dental Emporium

Escape to the Midlands