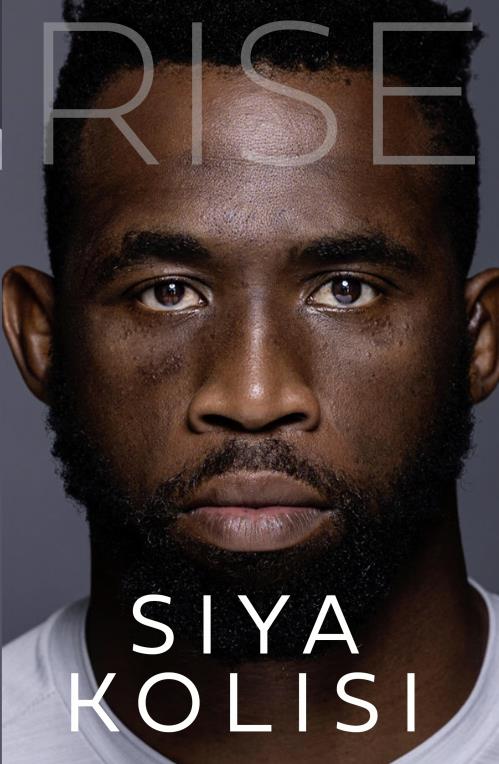 There have been many comments made and books written about Siya Kolisi, captain of the Springboks, and the first black man to lead his country in over 128 years of South African rugby.
But now, for the very first time, Siya Kolisi shares his story in an extraordinarily intimate memoir, charting his journey from being born into the impoverished Zwide township, his 2018 appointment as captain of the Springboks – recognised worldwide as a pivotal moment in South African history –
to leading his proud nation to an astonishing victory at the Rugby World Cup in 2019 and becoming the first black captain of a World Cup-winning side.
However, Rise is not simply a chronology of matches played and games won; it is an exploration of a man’s race and his faith, a masterclass in attaining a positive mindset, and an inspirational reminder that it is possible to defy the odds, no matter how they are stacked against you.
The title Rise is inspired by Siya’s mother – Phakama – which translates to the book’s name, as well as a celebration of his Xhosa heritage.
Siya Kolisi is one of the most respected players in rugby today. South Africa was unified in pride on November 2nd, 2019 when Kolisi led his team to Rugby World Cup victory, returning South Africa to the top of the world rankings for the first time in 10 years. Kolisi is the new modern face of Africa, with a voice to unite a nation, who offers a new pathway for many. Today Kolisi stands as, not only a Rugby World Cup champion, but a BBC ‘Sports Star of the Year’ nominee and one of New African’s ‘Most Influential Africans’ – achievements that demonstrate the impact of his journey outside of sport. Kolisi was also named in the Forbes Africa 2021 list of100 most influential Africans.
Last year, Siya and his wife, Rachel, launched The Kolisi Foundation, providing personal protective equipment to healthcare workers and delivering food parcels throughout South Africa. Kolisi will be leading the Boks against the British & Irish Lions in their much-anticipated tour this summer.

Available for purchase online at www.nb.co.za

Santa Prepares for Shoebox Drop off at Gateway