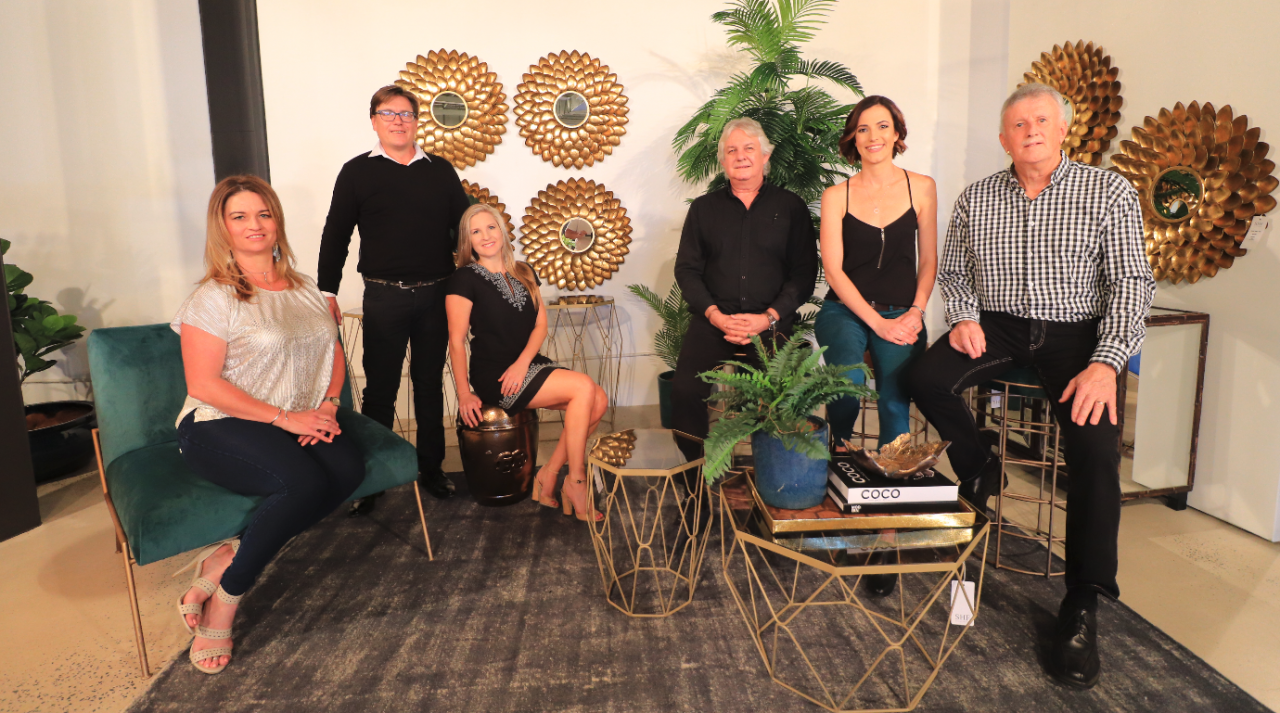 To call Alan Barnard an accomplished architect would be an understatement. He is a qualified architect who has gone above and beyond in his field as not only a golf course architect, but as one with extensive experience in both residential and commercial architecture as well. His latest projects include the initial design of the Mount Edgecombe Course 1, the Bluff National Golf Club and the Legend Golf Course at the Belle Mare Plage Hotel in Mauritius. As if that weren’t enough, he also consults on design review committees for a number of estates, including Brettenwood. Razin Tweary joined Alan’s practice in 2003 and since then has been the driving force and leader in design and implementation of their ethos, says Alan. As for his architectural language, Alan speaks fluent “coastal”, which means large open-plan spaces, indoor as well as outdoor living, a good sense of entry and minimalist interiors. This, he says, has a synergy with estate architecture on the North Coast. He enjoys introducing open courtyards into his designs as these bring light and air into the dwelling, as well as being a visual feature. “The entrance to the home is important as first impressions count,” he advises. When designing homes along the North Coast, he focuses on factors such as the correct interpretation of site conditions. This could include anything from the views, to the weather and topography as these will all eventually relate to the home’s design. Although Alan’s designs are marvelled at by many, his reward is simply a very satisfied client, he tells us.

For Debbie Steinhobel, interior design was not, in fact, her first choice as a career. After studying and completing a degree in Pharmacy, she realised that her passion lies elsewhere, and it was a love for beautiful things such as decor and art, she says, that led her into the fabulous world of interior design. In 2005 Debbie decided to utilise her ability to walk into a space, visualize the potential and be able to work with and match colours and textiles and open her first decor shop, Home Flair. In the year that followed, Debbie and her husband went on to achieve yet another milestone by opening their second store in the Lifestyle Centre. Debbie and her now business partner, Schane, went on to launch their new retail and office space in Ballito Junction Mall earlier this year under the Ohlala brand. As an interior decorator, Debbie strives to deliver a client’s brief through a seamless and efficient project process. This she does by combining her knowledge of design and space with an eye for style. Though the end goal is always to create a sanctuary, Debbie understands that that can only be achieved by listening to her clients and designing spaces that reflect their unique personalities and needs. She encourages young, up-and-coming interior designers to always listen to their client’s needs and deliver projects with the same enthusiasm as if they were creating their own home and space.

Gavin Steinhobel is an experienced property lawyer who makes his home right here in our town. He and his wife, the beautiful and talented interior designer, Debbie Steinhobel, live on Simbithi with their kids and two dogs. Originally from Sasolburg in the Free State, Gavin completed his Bachelor of Commerce degree in Port Elizabeth and then went on to gain his LLB degree three years later. Being the expert that he is, it seemed right to ask what he thought the most common recurring problem with property transfers today was. Gavin wasted no time in saying, “We in Ballito are fortunate enough to have quick turnaround times for obtaining rates clearance certificates and the Deeds Office in Pietermaritzburg is still very efficient. When we attend to transfers in other jurisdictions, we realize just how lucky we are, as simple things can be delayed by months if the municipality is inefficient. He enjoys being in a career where it’s a winner-takes-all kind of game, as property law is quite different in that a good transaction has only winners. The mood is upbeat, and the work is rewarding, he tell us. Gavin says that his day is made when a client takes the time to send an email thanking him for a job well done. He takes pleasure in working alongside his team and really enjoys training estate agents and sharing what he has learned over the years with them.

Growing up in Ballito, the heart of the North Coast, Llewellyn Cronje attended Umhlali Preparatory School and then went on to Pietermaritzburg Technical High. In 1978, he graduated with a degree in architecture from the University of Natal in Durban and then spent 20 years working on successful architectural projects in Johannesburg before returning home to start CA Architects in 2003. He is the company’s managing partner and, although all the firm’s work is done with Autodesk Revit software, he still works freehand on his 30-year-old drawing board. The company focuses on projects that include large-scale retailers, commercial, leisure, multi-unit and individual residential projects. For Llewellyn, the most important part of the design phase is understanding the clients’ needs. Understanding and studying the topography of a site, with all the relevant influences of climate, views, orientation and privacy, he says, is important before you even draw a line. When designing his masterpieces along the North Coast, Llewellyn keeps in mind that different projects require different styles. For residential developments, he tries to incorporate free-flowing spaces and an acknowledgement of “zones” and their influence on spatial experience. It is also vital to take into account the tropical and corrosive climate of the North Coast. The aim of each of his designs is to improve the quality of life for his clients, no matter what the scale of the project.

Although originally from Pretoria, Michelle Dold and her family have come to call Ballito their haven for the past eight years. She is a mother of three amazing children and a wife to a wonderful husband, she tells us. She has always had a passion for all things interior design-related, but she “officially” only got into the swing of it all about a year and a half ago. She was given the challenge of decorating a penthouse apartment that was developed alongside seven other apartments and, eventually, Michelle’s husband convinced her to open her shop, North Coast Decor and Interiors, which is celebrating its first anniversary in October. Although she hasn’t quite found a special design language as yet, Michelle likes exploring all the avenues of design and loves drawing inspiration from travelling, design magazines and even apps. “Minimalism, warmth and comfort are more my language,” she says. To make a house a home, Michelle believes that, apart from the people that live there, personal pieces  — whether it’s art or a piece of furniture that has been passed down — should always be a key element. That, and using furniture as well as furnishings to make a space more comfortable —  even using the right paint colours — can have a tremendous effect. Michelle’s advice for up-and-coming designers is to “always be true to yourself and have fun”, something that which is always sound advice.

Tracy Jourbert is a 29-year-old mom and wife whose life revolves around family, health and success. This native of Nelspruit moved to Ballito some 10 years ago to pursue her studies in Durban, which is where she met her husband. She is now a successful interior designer and corporate store owner in Ballito. Finding her way into the world of interior design was no accident, as creativity is in her DNA. Her mother was a very talented artsy person, she says, and she steered Tracy into a one-year interior design course, where she soon found her new passion in life. She went on to complete a three-year diploma, after which she gained work experience in the field and pushed herself to complete her degree.

Tracy draws inspiration from several places, but one place in particular is close to home. As her husband is an architect, they often bounce ideas off each other and are constantly “critiquing a space”, she says. Tracy describes her style as eclectic and explains that it’s all about “uniqueness”, freshness and complementing an architect’s design. She says that what, for her, makes a house a home is family and so her intention is always to design a space that you’d want to be in. Tracy emphasizes how essential it is to carry a client’s style to its full potential and, in the process, to ensure that the space is comfortable and an environment where a person can be themselves.

Sea Views and relaxing at Canelands