The Umhlanga Magazine
The Umhlanga Magazine
We were delighted to have Prev Reddy A.K.A. Aunty Shamilla sit around the brown boardroom table with the FabMags team with coffees and Krispy Kreme’s to chat about everything; from his rocky start to his career, a Nickelodeon Kids’ Choice Award, an international tour and of course, we got to meet the legendary Aunty Shamilla, in all of her robed glory! Prev always knew that he wanted to be a performer. “I knew that if... 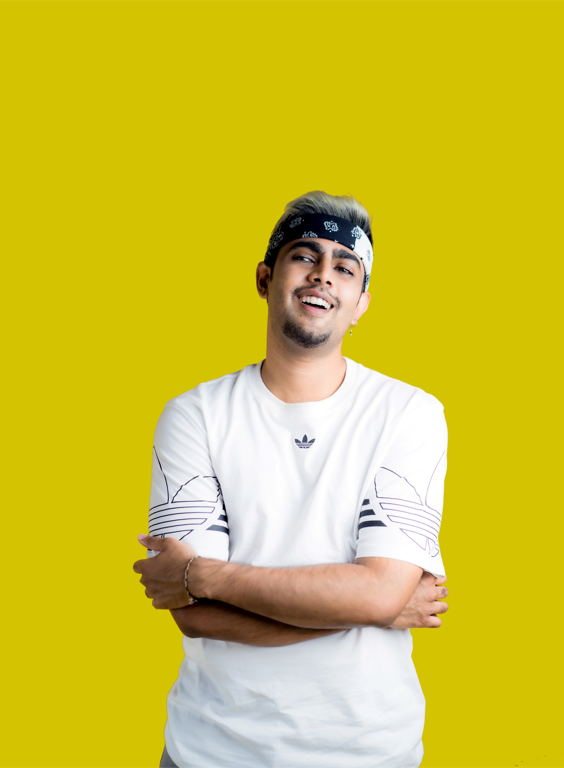 We were delighted to have Prev Reddy A.K.A. Aunty Shamilla sit around the brown boardroom table with the FabMags team with coffees and Krispy Kreme’s to chat about everything; from his rocky start to his career, a Nickelodeon Kids’ Choice Award, an international tour and of course, we got to meet the legendary Aunty Shamilla, in all of her robed glory! 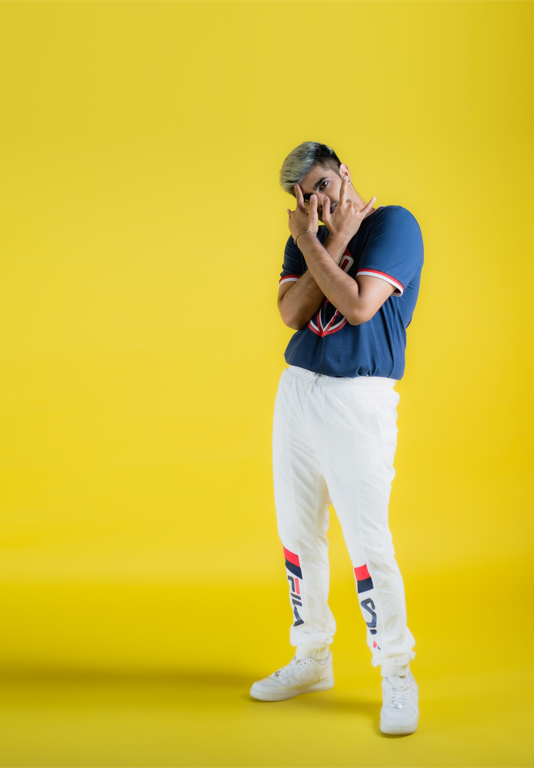 Prev always knew that he wanted to be a performer. “I knew that if I had to choose any other job, I
would hate it!” he says. Prev’s performing career began at 15 years old with the Young Performers
Project, “After my first show, my parents turned to each other and went “Hmm okay, he’s kinda good!”. And so, we ran with the idea that I would perform on the side and during the holidays, but I would go out there and get a law degree. Well, that was the plan but, I mean, who would want me to defend them?” he joked.

After school, Prev went on to pursue a degree in Film Producing at AFDA Durban, and that is when he found his passion for writing plays and comedy. In 2016 he started producing YouTube videos, “My friends would always tell me, ah Prev you’re so funny, you should be a comedian – but I was like, oh, well thanks I’m funny to you, and the rest of the world?” he laughed. One of Prev’s first jobs was as a driver for well-known South African comedian, Mark Banks. He spent a few days driving him around in his “12th-hand Hyundai”, “It was so bad, every now and then I would have to jump out of my car and hit my battery just so the car could carry on driving. Mark thought I was a walking Mr. Bean, he thought I was hilarious”, Prev explains. One day Mark asked Prev what
he wanted to do. “When you’re working for another comedian, the last thing you want to tell them is that you want to be a comedian too, but I did”, Prev explains. He went on to explain how he had begged people to let him on their stages. A few minutes later, Mark got off the phone to Joe Parker and said: “You have five minutes tonight at Parker’s tonight”. After absolutely smashing his show that night, Joe asked Prev to return the following week and became a resident comedian at Parker’s. It was this gig that was the beginning of Prev’s comedy career. Prev returned to Durban months later after circling the comedy scene and being cast in a local TV Show; Imbewu.

One day, Prev and his mom got into a ridiculous argument, and he decided to recreate the argument with a blonde wig he had bought from a party shop. After posting the video online, the next day he woke up to the video having received over 25,000 views. “You mean to say, that all I needed to do after all these years of hustling the comedy scene, was put on a wig? And that is how Aunty Shamilla was born now with a new and improved wig!” Prev explained that Aunty Shamilla’s
journey has evolved through the eyes of “her fans”, and it is his never-ending support and love from his followers that keep him wanting to create and continue comedy.

Pre-pandemic, Prev got a call from Nickelodeon, and they had told him that he had been nominated for the Nickelodeon Kids Choice Award for Favourite African Social Media Star.
“I just died. I was like, you can’t just call me, on a Tuesday, and tell me this information! I was like, oh wow! Okay, let’s go. What do I need to do? And they just told me that I needed to get people to vote for me. Oh dope, elections!”, Prev laughs. “So, when I announced it, I also announced that I was the first Indian to be nominated for that category, ever. But let me tell you something, you must never be the first Indian to do anything because whether they like you or not, they will make sure you win.” Prev explains. “The VP of Viacom told me that that was the most votes they have ever received in that category”, he continues. Thanks to all of his die-hard fans and friends for voting, Prev secured himself the award. “I have my little blimp in my house. Whenever I’m feeling down, I look at it”, he jokes. While the last two years have been incredibly trying for entertainers, we’re hopeful for the next year for the entertainment industry and all that is to come.

2022 is already looking promising for Prev and Aunty Shamilla. He has been working on a feature film called The Honeymoon directed by the fiercely talented Bianca Isaac, starring Minnie Dlamini, Kajal Bagwandeen-Singh and Tumi Morake and is currently planning his international tour. Prev explains how he is immensely grateful for his neverending support and love from his friends, family and followers and it’s exactly that, that keeps him wanting to create and continue comedy. 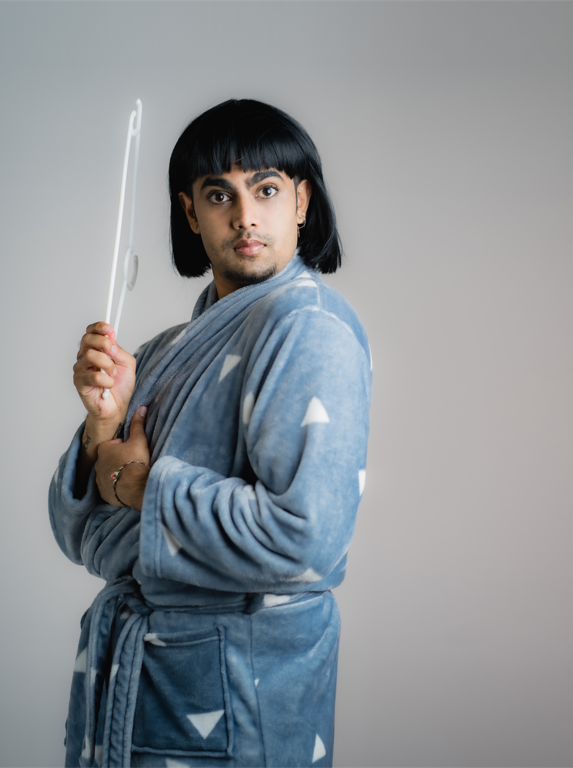 The content we’ve all been waiting for, the questions you were dying to ask, all answered by the one and only Aunty Shamilla. Read on, we won’t judge you, but she might.

What do you do in your spare time (when you’re not busy holding the world together)?

Well, let me tell you something Carla, holding the world together is a full-time job. So that is what
I do 99.9% of the time, and if I’m not doing that, then I’m sleeping. But luckily I enjoy doing that because I know if I don’t wake up every day the world will fall apart, it gives me a sense of purpose. Sleeping is what I do in my spare time.

What is the best piece of advice you can share with us?

Two simple things: mind your own business and don’t gossip, you’ll get very far in life and you won’t have any wrinkles over the age of 40 if you take my advice. I mean look at me, wrinkle-free.

What are you most looking forward to in 2022?

I am most looking forward to not being in 2021 because I don’t know what this year was.

What’s the most ridiculous fact you know?

A Flake can’t melt if you put it in the microwave. I saw a YouTube video once, and I tried it myself. It’s ridiculous! Sometimes I just want a melted flake.

What’s your favourite way to spoil yourself?

I love love love taking myself to a SPAR day. I LOVE SPARS! Each one of them is so unique, and they all have different types of specials. My favourite SPAR is the one near Umhlanga Village, they have an international section where you can shop. I just love doing my groceries there.

How do you keep your family members in line?

What is the most frustrating thing someone can do to you / in front of you?

Chew loudly, slurp tea loudly, and drag their feet in front of me in the mall. I can rip out every last strand of hair out from my head AND theirs.